Home » Blog » CBD Guide » CBD for Tinnitus: Does it Help?

Tinnitus is very common problem which affects about 15% to 20% of the population. Roughly 50 million Americans suffer from tinnitus. With the recent rise in popularity of CBD and the benefits of CBD oil, many people whether CBD is a possible tinnitus treatment or even a tinnitus cure. CBD oil is not a miracule. It does not cure tinnitus and it doesn’t effect everyone the same. But for some tinnitus patients, CBD can help eliminate or reduce their symptoms. Taking CBD may also allow them to ease off of other drugs that have serious side effects, including anemia, low platelet levels, liver failure, pancreatitis, allergic reactions and suicidal tendencies. Keep reading to learn more about using CBD for tinnitus and how it may help alleviate tinnitus symptoms.

Tinnitus is the perception of noise or ringing in the ears. Tinnitus isn’t a condition itself; it is a symptom of an underlying condition, such as age-related hearing loss ear injury or a circulatory system disorder. Tinnitus isn’t usually something serious but it causes a lot of issues and irritation. Often, tinnitus becomes worse with age. Tinnitus can be like secondary hypertension where an underlying cause is behind it. In this case, identifying and treating that underlying cause will help a lot. There are other tinnitus treatments to reduce or mask the noise, making tinnitus less noticeable such as with a hearing aid configured especially for tinnitus affected ears. Unfortunately, while some tinnitus treatments work for some, not all treatments work for everyone.

Tinnitus involves the sensation of hearing sound when no external sound is present around an individual. Tinnitus symptoms present themselves as various types of invisible and imaginary noises within the ears such as:

In some cases, the sound can be extremely loud; so much that it can interfere the ability to concentrate or hear external sound from other sources. The illusionary noises vary in pitch from low roars to high squeals and can be heard in either one or both the ears. At best, tinnitus symptoms will come and go, and at worst they may be present all the time.

There are two types of tinnitus.

A number of health conditions can cause or worsen tinnitus. In many cases, an exact tinnitus cause is never found.

A common cause of tinnitus is inner ear hair cell damage. Tiny, delicate hairs in your inner ear move in relation to the pressure of sound waves. This triggers cells to release an electrical signal through a nerve from your ear (auditory nerve) to your brain. Your brain interprets these signals as sound. If the hairs inside your inner ear are bent or broken, they can “leak” random electrical impulses to your brain, causing tinnitus.

Other causes of tinnitus include other ear problems, chronic health conditions, and injuries or conditions that affect the nerves in your ear or the hearing center in your brain.

Here are some common tinnitus causes:

Other Causes of Tinnitus

Some other, less common causes of tinnitus are:

CBD, or cannabidiol, is one of the phytocannabinoids found in the cannabis sativa and cannabis indica plant families, i.e in industrial hemp and marijuana plants. Though CBD can be made from both variants of cannabis plant, it is mainly made from hemp plants due to the high content of CBD and negligibly low content of THC (tetrahydrocannabinol.) THC is the chemical that causes the “high” feeling. CBD oil is made from the CBD extract derived from the cannabis or industrial hemp plants.

The basic method of extraction of CBD oil is typically through CO2 extraction. With CO2 extraction, CO2 gas is forced through plant material at high pressure and low temperature thus liquifying it. The resulting extract is then heated to a temperature at which the CO2 vapourises out, leaving pure CBD extract along with other terpenes and cannabinoids present in the plant.

Benefits of CBD Oil for Tinnitus

Many view CBD oil as a major breakthrough for a variety of treatments as it helps to relieve various conditions. People are seeing it as a relief from tinnitus too, which leads many to wonder whether CBD oil helps cure tinnitus or not. Many users have reported that CBD oil helps to relieve in tinnitus in some cases, but CBD does not cure tinnitus. The way CBD oil may help people experiencing tinnitus is due to CBD’s impact on anxiety and stress.

How Does CBD Help Tinnitus?

When discussing how CBD oils can help tinnitus, it’s important to understand how CBD works within the body and our system. Every mammal has its own system of cannabinoid production inside the body called the Endocannabinoid System, or ECS. (Endo means originating within the body.) Through the ECS, our body itself produces cannabinoids and is responsible for the regulation of immune system response, pain, memory, appetite, inflammation and maintaining homeostasis in the body. The ECS produces and circulates two main endocannabinoids (eCBs) within the body – anandamide and 2-arachidonoylglycerol. These two eCBs bind with the CB1 and CB2 receptors that sit ready to interact with them at various points in the body. While the CB1 receptors maintain mood, memory, etc., the CB2 receptors regulate inflammation and immune-system response.

THC, or tetrahydrocannabinol, influences CB1 receptors, while CBD influences CB2 receptors. Previously, it was believed that CBD helps CB2 receptors interact with the brain by binding with eCBs. However, it was later discovered that CBD doesn’t bind or interact with the receptors, but increases the ability of the receptors to bind with eCBs. The increased ability in binding results in better working of the ECS, leading to better immune and inflammation response by the body. Also, CBD enhances the production of eCBs with the help of certain enzymes in the body. These are just a few of the ways CBD helps maintain the balance of the physiological processes is maintained within the body.

Experts consider tinnitus as a form of sensory epilepsy arising out of neuronal hyperactivity in the auditory regions of the brain partly. The relevancy of tinnitus with stress and anxiety comes into picture because disruption in the brain’s electrical signaling causes issues in the amygdala. Some experts believe the amygdala also acts as the fear centre of the brain, along with contributing to the auditory processing role. The stress produced leads to stress-response hypertension. This then leads to disruption in signaling causing the ringing sensation through the amygdala into the rest of the auditory processing zones into the ears.

Final Thoughts About CBD for Tinnitus

Many believe that by using CBD to reduce stress and anxiety, it helps keep tinnitus at bay. However, scientific research and studies are still lacking when it comes to if or how good is CBD for tinnitus. While many claim to have found relief from tinnitus because of CBD oil, further research is required.

Nevertheless, as some people have found CBD oil a beneficial treatment for tinnitus, you may want to consider it. However, it’s important to remember that CBD Oil impacts everyone differently. How CBD affects you depends on differences in body mechanics, metabolism, age, and other related factors. Before using CBD oil for tinnitus treatment – or for any other serious medial condition – it’s important you consult your doctor or a trusted physician. 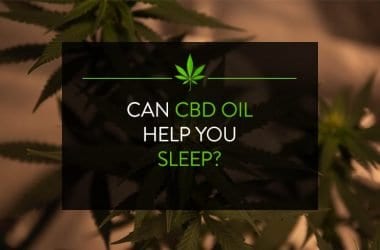