Can you get high using cbd oil

Can you get high using cbd oil

Let us imagine an imminent champion, held in high esteem & appreciated by all. Then all of a sudden, due to unknown reasons, things go downhill & all the fame, all the charisma gets shattered in the books of history. It comes back in patches like rains in a desert but fails to catch attention since it is not in the sublime touch of it that it used to carry. And then suddenly, one fine day, things change completely & the champion revisits in his old charm, this time even stronger to make a mark that just doesn?t remain in the history but maintains its dual presence in the present as well, and, possibly the future.

If you ever think of a comeback king then the champion being talked about here is surely our one & only Cannabidiol ?or CBD. This blog article will venture into one of the primary questions of CBD oil usage – does it actually cause a high?

What is CBD exactly?

CBD is one of the 104 components of the Cannabis plant called cannabinoids that has been associated with the human civilisation for over 4000 years (now you understand the introductory paragraph of the article, right?). THC or tetrahydrocannabinol has been the most popular cannabinoid & CBD stands second to it. As a matter of fact, THC was discovered after CBD but still THC has its name above all other cannabinoids including CBD.

So How It Began – CBD Gets You High

If you had questioned earlier to yourself towards the beginning of this article of why THC was mentioned in the previous section with a special mention then your answer is very close. If you are well-versed or have gone through a few articles on CBD previously, then there are great chances that you would know why THC has been mentioned here. Now, we will first find out why people doubt more often than not of CBD causing a high effect & then solving the questions.

Let?s go back in time & recall the Hollywood classic ?The Godfather? by Mario Puzo. You would remember that Vito Corleone?s son, Michael Corleone, wasn?t a gangster initially unlike the rest of his family members. Yet, as a viewer, when his entry was there, majority of us, if not all, were taken aback by storm on how a gangster?s son could be a soldier. This was because we perceive things based on their associations & links. CBD is our Al Pacino here, i.e Michael Corleone (at least for the introductory phase).

As is clear, CBD is a direct derivative of the cannabis plant & so people link it with the ?high? notes & intoxication effect that cannabis & marijuana are famous for. Even history has pointed out that cannabis leaves were used for pain-killing abilities which was due to the fact that it caused the euphoria which dimmed the lights on pain for a while for the sufferer. Also, in ancient Indian texts, bhaang – a paste made from Cannabis leaves, has been credited to take people up above the world so high into another dimension altogether with the scenic beauty of waterfalls apart from having a mention in Atharva Veda for its medicinal properties. Further, cannabis has been popular for being an addictive stuff & hence, a derivative from its womb will also be seen that way. CBD has been honoured with this legacy by the Cannabis Sativa lineage & being an extract from it, it is expected to be alike to its family. Thus, CBD has found itself on the wrong side of the table where it is doubted on without any actual involvement.

Also, THC has been used in medication in modern days for quite some time now & people complain of the high effect from it which makes eyebrow raising on CBD seemingly logical.
The High Road – THC vs CBD

THC, as mentioned earlier has been a part of medication for long. People feel relieved by it as it houses a lot of benefits just like CBD does but for the high-feeling, people try to sway themselves away from it.

When it comes to CBD, it doesn?t cause any sort of high effect & hence the question gets answered that CBD oil will not cause any high effect unless it contains any THC in it or is paired & consumed with something that causes intoxication. This is because of the working of the ECS under the effect of CBD.

Our ECS involves various eCBs with whom the CB1 & CB2 receptors bind to produce effect. Previously, it was believed that CBD & THC interact with these receptors before they bind ahead with the eCBs. However, further research led to findings that CBD & THC only influence how these receptors bind with the eCBs. While the CB1 receptors are impacted by THC it is the CB2 receptors that get influenced by CBD. The final catch comes here as the high effect is produced when CB1 receptors bind with eCBs causing the sensation of high which deviates the our focus from pain. In case of CBD, there?s no such influence on binding of the CB1 receptors with eCBs since it isn?t the operational territory. Hence, there is no high effect when CBD oil or any other CBD product is used. Instead, CB2 receptors getting binded with eCBs is actually a strike on the root of the cause rather than scratching the surface & finding victory. This indeed is the actual reason why THC causes the high while CBD doesn?t by any means.

The ability of CBD to get things done without getting the user high is indeed what enhances its case of being adapted out of the Schedule 1 Drug column in the U.S.A as due to the ability of not causing high, there?s no way that a person can develop substance abuse by consuming CBD.

Britain was the first to understand this & that?s why they appointed the task of conducting research on CBD to G.W Pharmaceuticals in 1998 & finally hemp was legalised in Britain. It seems very comfortable here but it isn?t because despite being a country where it was compulsory for farmers to cultivate industrial hemp in the 16th century, the eye-opening has taken place in November 2018 after 5 centuries which is surprising. But since all?s well that ends well, we can rest the case for Britain.

However, when we talk about the USA, the road has been a bit bumpy for CBD. Despite industrial hemp being approved by the Farm Bill of December 2018, there are a lot of complications for CBD. Firstly, the states have two options, either they can formulate their own regulatory policies & plans to cultivate CBD on their jurisdiction & get it approved by the United States Department of Agriculture (USDA) or they can defy formulating it for themselves after which the cultivators will have to get their licenses directly approved by the USDA & then continue with cultivation based on USDA?s set parameters. But, there?s a bright side to this bill as well. This is because it has approved hemp cultivation legal only when the THC content will be below 0.3% in the produce. This regulation will strengthen the main motive of barricading the misuse of hemp for addictive purpose & keep things on the right track. It is hence not wrong to say that hemp & CBD in the U.S.A have a bright future.

As opposed to previous times when it was legal only in select states & illegal in the rest, a good form of medication was being missed out by majority population. This bill will instill hopes specially for the medical practitioners as they?ll have widened scope for research & analysis. Further, the multifunctionality of industrial hemp of catering in production of ropes, paper, cement, shoes, biofuel, clothes & textiles will encourage a bright opportunity for both pharmaceutical companies & industrial brands.

So, in a nutshell, CBD oil doesn?t cause a high. However, for some cases, CBD treatment involves the use of THC as well & hence if the high even comes then that?s because of THC. Nevertheless, not just CBD oil, but also other wide range of products under the variety of CBD extracts are completely safe & non-addictive. This has been a major reason for the persistence of the existing users with CBD products for treatment of a large number of ailments which have been brushed up in other blog articles from our side as well. Do give a read to them as well to know about CBD & CBD products more closely 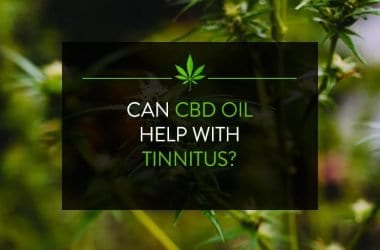